Aladdin Surprises The People Of Frisco! 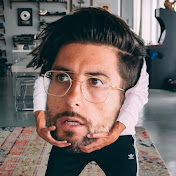 Have you ever noticed the fact that almost every fairy-tale is about women, not men? 99% of them tell us about poor girls who became victims of evil witches or angry step-mothers, but what about happy-endings for men? Are there any fairy-tales which tell us about an unhappy who suddenly became rich and successful? We guess there is at least one - just remember the well-known story about Aladdin, a poor guy who managed to train a spirit and marry a beautiful princess. And the citizens of San-Fransisco were able to prove his luck with their own eyes!